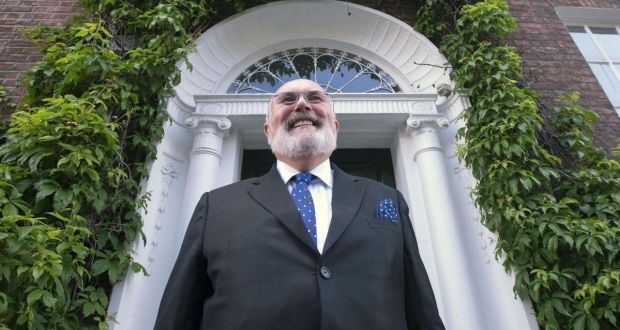 David Norris outside his home in North Great George’s Street

In the mid-1970s I was running a gay disco on Parnell Square. Numbers began to fall dramatically and it turned out that two enterprising capitalists had opened a commercial disco just around the corner. I had never heard of North Great George’s Street but I went round to case the joint. Once in the street I fell in love with it and decided to purchase a house, which I did in the autumn of 1978.

Shortly after the purchase I was walking down the street one evening when I saw lights on on a first floor with two people, Brendan and Josephine O’Connell, up on scaffolding restoring a magnificent Rococo ceiling. They saw me looking, Josephine opened the window and shouted down to me. She and Brendan invited me in to admire the work and have a slice of her home-made apple pie.

I discovered that there were already people restoring but in isolation. There were people such as Harold Clarke, Desiree Shortt (whose house number at number 38 has what I consider the finest 18th-century doorcase in Dublin) and Tom Kiernan.

I am a political animal and I decided we needed concerted action. I called a meeting in my house in June 1979 and so the North Great George’s Street Preservation Society was born in my drawing room on that day. Within a short space of time we attracted attention, and Lewis Clohessy of the Heritage Council gave us a grant of £3,000. Some members wanted small individual grants but I persuaded them that we should blow the lot on a public exhibition.

Exhibition
We used a lot of before-and-after photographs to show what could be done. We featured an exploded map of Dublin as the centrepiece showing Parnell Square in the middle with Dominick Street and its attendant stable lane Dominick Place on one side, North Great George’s Street on the other with its attendant stable lane Rutland Place. The two once-magnificent 18th-century streets were therefore demonstrated as direct parallels.

The house next door to me was in great trouble, with the back wall held up by raking shores (temporary supports). Dublin Corporation had tried to resolve the situation but without success. I laid in wait and built up a case which was ultimately successful, with the owners ordered to rebuild the back wall and restore the house.

I also continued the battle for the conservation of Georgian Dublin in the Senate, pointing in particular to the problematic fate of properties numbers five and six on the street. They once housed the Revenue Commissioners social club, which caused a lot of late-night disturbance and which I put out of operation by another court action. Despite the minister’s assurance I went around one day and found a lorry at the back of the properties with a wrecking ball ready to go. I got the minister out of a meeting and the wreckers were called off. 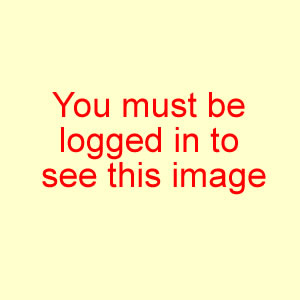 Ownership transfer
I got myself involved in the positive transfer of ownership of a number of houses in the street. I did this by researching who the 18th-century builders were, who did the plasterwork, the extent of that plasterwork, who currently owned the building and whether it could come on the market. Altogether I calculate I have been involved in the cases of 12 out of the 48 houses on the street.

One of these was Thomond House. When I got the house sold the owner was very grateful and asked for my fee. I said there was no fee but that I had noticed that the lock on the back of the door matched exactly where a similar lock had been removed from my door before I bought the house. A screwdriver and some elbow grease later and my front door is now graced by a magnificent 18th century brass-bound mahogany lock.

One of the other buildings under great threat was number 35, once the home of the earls of Kenmare. I knew that James Joyce had been educated at the top of the street in Belvedere College and that his brother Charles had lived at the lower end. There was good chance therefore that number 35 was mentioned in Ulysses, and so it was. In 1904 number 35 was the location of the dancing academy of Prof Denis J Maginni, a colourful eccentric who floats through several episodes of Ulysses. This was enough to prise it out of the corporation and over the years we have gathered several million euro for the restoration, which is now complete.

Another house in whose sale I was involved was number 50. The house had magnificent plaster ceilings and original door fittings. When I went in first I was very concerned about some large bulges in the wallpaper. I feared that what was concealed was a massive outbreak of dry rot. However, when I pulled the paper away it revealed some wonderful classical plasterwork featuring masonic symbols in mint condition.

The lower end of the street contained several sites of dereliction and a number of distressed houses. I first tried to rescue the surviving houses by proposing a hostel for university students. This failed because of insurance problems and a lack of interest from the universities. The corporation then proposed a set of out-of-scale local authority housing. I possessed myself of a copy of the plans and leaked them to The Irish Times, which put them on the front page under an ironic caption “Corporation Georgian?”. I had rescued four doorcases from the demolished houses and while I kept the one that stood at the door of Charles Joyce’s home and re-erected it in my garden, I gave the others to the corporation to use as models for the reinstated houses which I eventually persuaded them to build.

The most controversial project was the proposed erection of a set of wrought-iron gates or railings at the lower end of the street. This came to me in a dream and when I recounted it to the society I got unanimous backing. The architect John O’Connell and I conducted a search and actually found a set of superb gates. These were late 18th-century wrought-iron with lantern emplacements. They had been the garden gates of Santry Court and belonged to Pino Harris, who generously donated them to the society.

Irish begrudgery
However, the gates provided the classic opportunity for Irish begrudger. A tiny dissident element stirred things up and a petition was launched with names from all over Ireland and the UK, most of whom had never set foot in North Great George’s Street at all. Some letters indeed were even forged. Leaflets were distributed suggesting that we were a collection of snobs intent on excluding the lower orders. This was the reverse of the truth. In fact, the idea was to stop the rat run of stolen cars, and to privilege pedestrian access by leaving the side gates on the pavement open 24/7.

This did not prevent newspapers printing dishonest illustrations showing the street closed to pedestrian access. Moreover there was a social aspect to the question that was not the one suggested. In truth there were many corporation estates in the immediate vicinity that had a closed access to their streets for precisely the same reasons. A compromise was eventually reached, the street is now one way and trees have been planted at the lower end. Some of the trees have died and the others obscure the view of the street and Belvedere, which the railings would not have done. I have inquired several times about the fate of the gates but they appear to have disappeared and may even have been destroyed.

I felt that since a major policy of mine had been defeated I had no option but to resign while remaining loyal to the society. We have had half a dozen chairman since then, including the present chairman, Tom McKeown. One of most outstanding was Muireann Noonan. She initiated the window box competition and she also entered us for a national competition, Pride of Place, which we won.