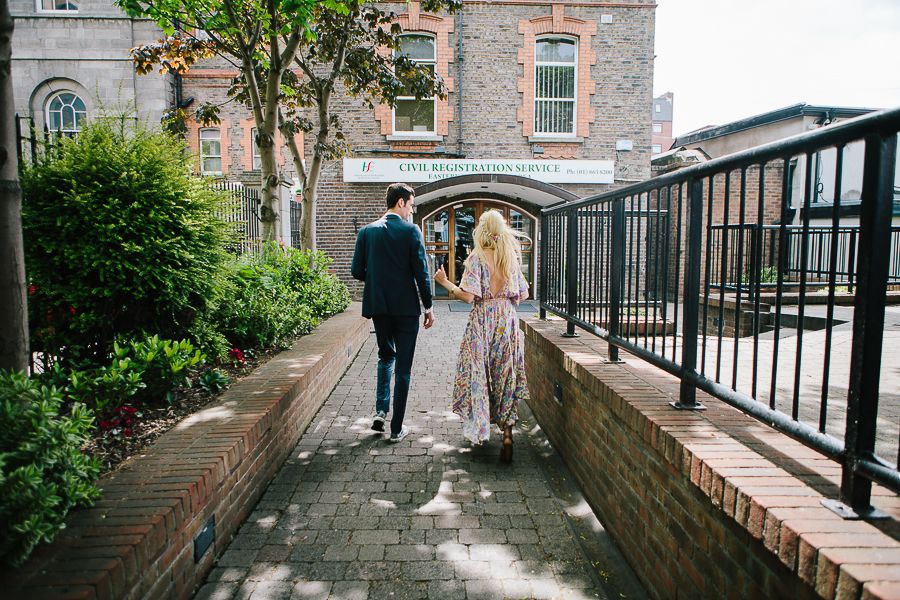 Prior to this wedding ceremonies had been taking place at the Registry Office with only five people attending: the wedding couple, two witnesses and the Registrar.

The HSE has confirmed that, with the exception of one or two marriages where a party had a terminal illness, no civil marriages were carried out by the HSE Civil Registration Service since 27 March.

Because hundreds of civil weddings at the Dublin City Registry Office had to be postponed throughout the months of March, April, May and June, the Civil Registration Office has added extras slots for weddings to their daily schedule to clear the backlog of weddings.

However figures released by the Department of Employment Affairs and Social Protection show that 82 marriages were registered with a ceremony date since the early stages of the coronavirus pandemic in Ireland.

The marriages took place during the strictest Covid-19 restrictions time-frame between 28 March and midnight on 7 June, the day before we entered phase two in the easing of those restrictions.

In each case, fewer than ten people were in the church for the marriage ceremony, in line with the guidelines for funeral attendance at the time.

In both cases, parents also stepped in to act as witnesses as the original witnesses could not be there.

“The couples choose to get married because that was the date they had planned … it was about their love, they wanted to get married on that day and to be married,” said Fr Bracken.

“They were sad that everybody couldn’t be with them, but in both cases people were able to join on the webcam, which was great.”

The Dublin Archdiocese confirmed that the number of marriages celebrated in the Archdiocese in the past three months was in the single digits and that “the small few that went ahead did so observing the same guidelines for funeral attendance at this time”.

The guidelines for funeral attendance have since been changed and now allow for 50 people.

The Government’s original road map out of Covid-19 restrictions saw small weddings resuming in phase four, originally set for 20 July however with the speed up of the re-opening of the country and the moving from a 5 Phase plan to a 4 Phase plan, weddings could resume from the 29 June with fifty guests as long as social distancing was abided by.

Last week, the Spiritualist Union of Ireland started to hold marriage ceremonies again and it is understood that the Dublin Registry Office has been assessed by the HSE’s own Health & Safety Dept to ensure the building is fully compliant with all Covid19 safety instructions now that it is re-opening.