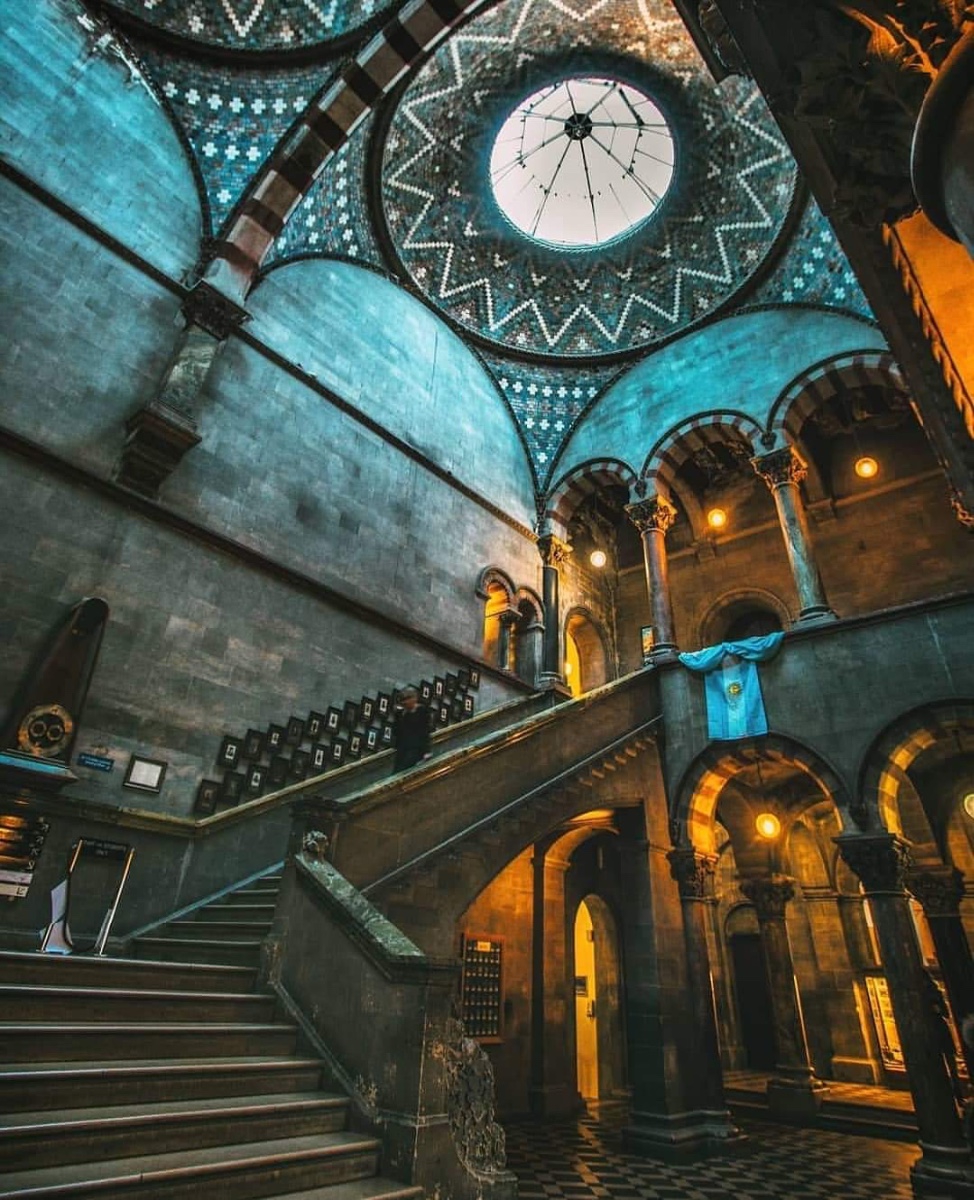 The Trinity Museum Building landed on campus in the 1850s, in a predominantly Georgian city, like a “buffalo among a herd of elephants” according to architectural history professor Christine Casey, and went on to influence monumental buildings across Dublin, Ireland and internationally.

The building was innovative in both its architectural style and its use of materials, pioneering what was seen as the “patriotic use” of Irish marble and decorative stone.

It helped establish a new quarrying industry at a time of economic depression and created a taste for Connemara marble and Cork red limestone which spread across Ireland to Britain, the United States and even as far as Cape Town in South Africa.

Unlike Georgian buildings, the museum channelled the Byzantine architecture of Venice and northern Italy and combined it with Romanesque and Irish influences to create a new architectural style, Prof Casey said.

“This building marks the first time we see a move away from the standard rectilinear Georgian style to curved arches and the use of coloured stone over two monumental storeys in a profusion of ornament, creativity and craftsmanship. It was an absolute game changer.”

The entrance hall, with its contrasting red and green columns and its domed roof of blue, red and yellow enamelled bricks, shows the wealth of Irish craftsmanship at the time, associate professor of geology Patrick Wyse Jackson said.

“There was a great exuberant show of what products were available with stone carvings showing native plants such as potato flowers, oak, hops and hornbeam.

The dominant use of Irish stone and the depiction of native Irish plants and animals in the building’s carvings were in keeping with a post-famine drive to promote and exploit Ireland’s natural resources.”

The many interior and exterior carvings were executed by Cork-born brothers John and James O’Shea, who gathered fresh flowers to use as their models.

The building’s Irish architects Thomas Newenham Deane and Benjamin Woodward went on to design the Natural History Museum in Oxford, and the influence of their Trinity masterpiece can be seen in buildings from the Scottish Widows building on Westmoreland Street, now the Westin Hotel, and the Pennsylvania State Capitol building in the US.

The Making Victorian Dublin project’s interactive 3-D scan of the building, with details of its construction, influences, and craftsmen is at makingvictoriandublin.com.