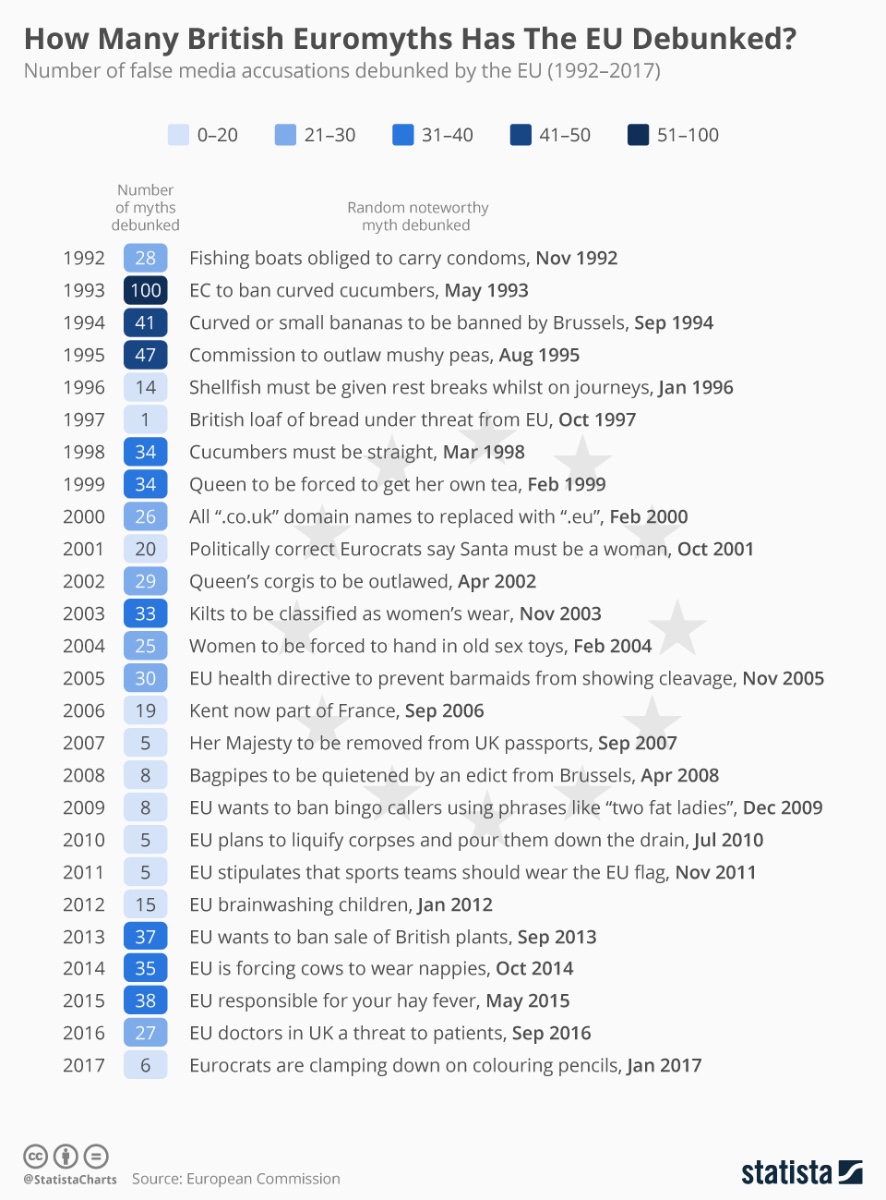 Chart of Myths About EU Legislation Reported in U.K. Media

When it comes to reporting new legislation planned by the European Union, many British tabloids have a tendency to “overdo it”.

A story from September 1994 is a notable example. Reported by The Sun, Daily Mirror, Daily Mail and Daily Express, it stated that “Brussels bureaucrats banned curved bananas with shops ordered not to sell fruit which is too small or abnormally bent”.

The Commission debunked the story and responded that regulation simply classifies bananas according to quality and size for the sake of easing international banana trade. It added that the minimal rules are applied solely to green, unripe bananas, rather than those destined for the processing industry. It should also improve the quality of bananas on sale in the EU.

In fact, the Commission maintains a webpage solely devoted to debunking “Euromyths” reported by the British press.

The banana example is just one of hundreds of myths and others include “Commission to outlaw mushy peas (1995)” and “Queen’s corgis to be outlawed (2002)”. The number of false stories about the EU reported in the UK reached its height in 1993 with the Commission listing 100 myths in total.

The number fell drastically between 2007 and 2012 but it started to climb again in 2013 after Prime Minister David Cameron announced that a Conservative government would hold an in-or-out referendum on EU membership.