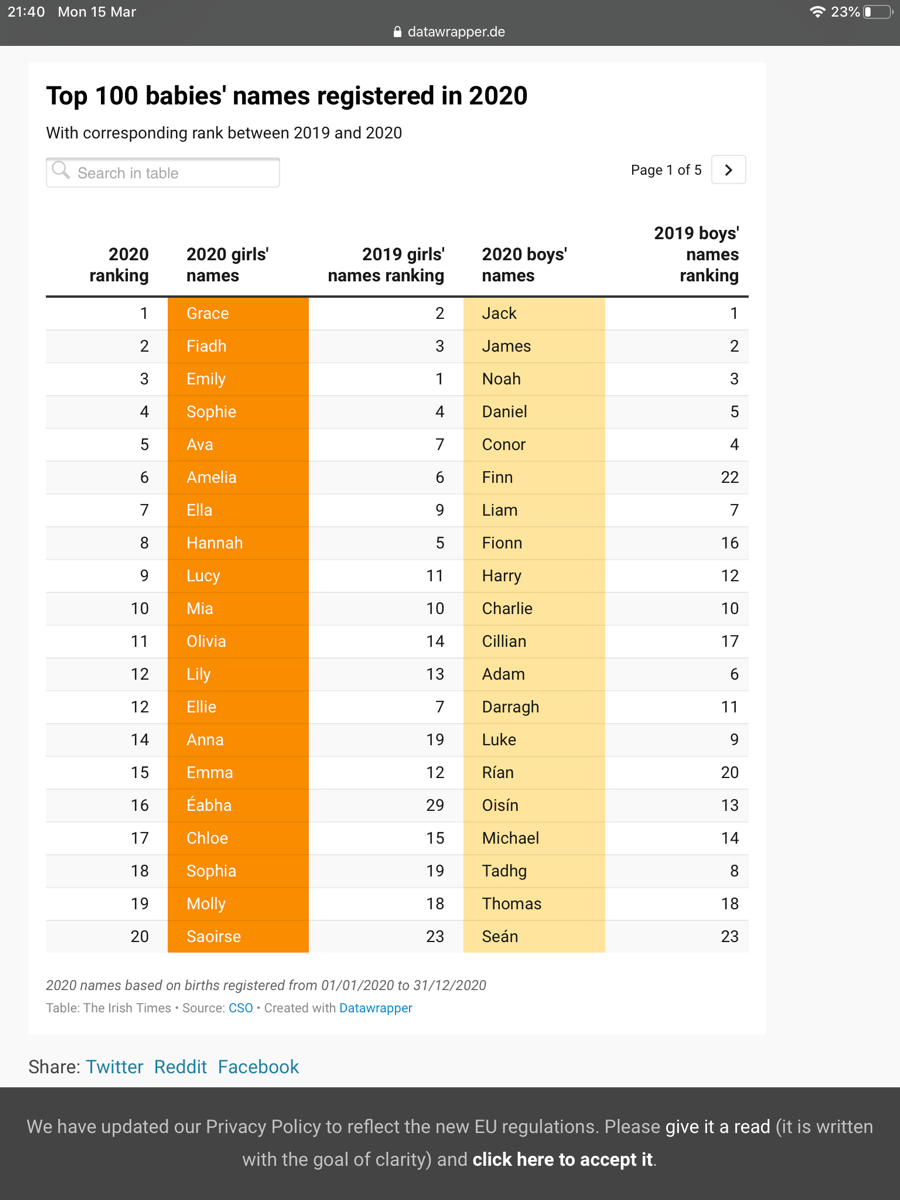 Grace and Jack were the most popular baby names registered last year, according to the Central Statistics Office (CSO).

Jack has been the most popular boy’s name picked by parents every year since 2007, with the exception of 2016 when James clinched the top spot.

John, Michael, Patrick, David and James were the top-five names for boys 50 years before in 1970.

Use our searchable table to see the top 100 names in 2020 and the corresponding rank in 2019. If you are viewing this on The Irish Times app, please click here to see the table.

The most popular names for newborn girls in 1970 were Mary, Catherine, Margaret, Ann and Sharon.

Last year Sonny entered the top-100 most common names for baby boys for the first time. Penny, Luna, Cora, Elsie and Paige were among the new entries into the 100 most popular baby girl names.

This is the first year Grace has been the most popular baby name for girls. Previously Emily had been the most commonly picked name every year since 2011.

The CSO said there was a wider variety of girl names chosen by parents last year, with 4,624 different girl names registered compared with 3,715 different boy names.

Rian saw the largest jump in popularity among names for a boy, up 33 spots from the 119th most common name in 2019 to 86th place in the table last year.

Some uncommon names registered last year for boys include Orion, Creed, Romeo, Klay and Séadna. Among the more unusual names registered for girls were Zaria, Vienna, Fódhla, Marlee and Roxie.

None of the top-five most popular girl names last year – Grace, Fiadh, Emily, Sophie and Ava – featured in the top-100 baby names chosen by parents 50 years ago in 1970. That year some 1,896 girls were named Mary and 2,629 boys were given the name John.