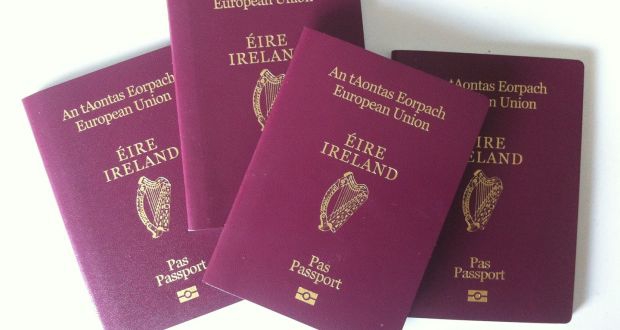 Online applicants ranged in age from 101 years down to just five days old, with Murphy the most popular surname for applicants worldwide.

Grace, Emily, and Anna were the most popular baby girl names this year while Jack, James, and Noah topped the baby boys’ names list.

During peak periods, more than 5,800 applications were submitted in a single day.

Continuing the record-breaking trend, the total number of monthly applications exceeded 100,000 in January, March, April, and May in 2019.

The surge in demand following the UK’s Brexit referendum in 2016 saw more than 94,000 first-time applications for Irish passports received from people born in Northern Ireland or Britain.

Applications for citizenship through foreign births registration continues to grow too, with more than 29,000 applications in 2019 and over 16,000 applications processed — the highest number ever registered in a single year.

Tánaiste Simon Coveney said it was another bumper year for the Passport Service.

“The Irish passport is a valuable document and we continue to strengthen all processes to prevent fraud and maintain its integrity and security,” he said.

“Irish citizens including children can also renew their passports online 24/7, from anywhere in the world.”