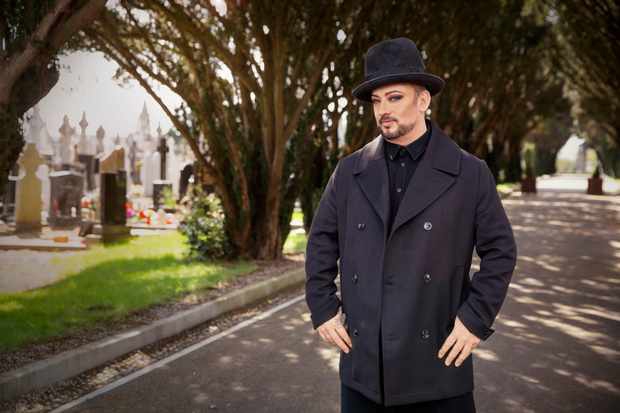 Viewers in Ireland may be interested in the subject of this week’s episode of the BBC series Who Do You Think You Are?

Broadcast at 9pm on BBC 1 on Monday 23rd July the episode features Eighties popstar, Boy George, who was born George Alan O’Dowd, in 1961 in London to Irish parents.

The BBC series of Who Do You Think You Are? – which inspired a new generation of amateur genealogists researching their Family Tree –  is surprisingly now in its 15th series, while a US version is in its 10th season and the Aussie series on season 9.

RTE did produce an Irish strand of the show back in 2008 but it only ran for two seasons, most probably influenced by the small number of Irish celebrity subjects with sufficiently engaging skeletons in their historical family closets.

In this episode Boy George travels to Ireland where he learns for the first time how his great uncle Thomas Bryan had been an active member of the Irish Republican Army, and was charged with treason for his role in an attempted attack on a police truck in Drumcondra, Dublin, in 1921.

The pop star’s ancestor was 23 when he became one of a group of men executed at Mountjoy Prison and buried in unmarked graves on unconsecrated ground. They would come to be known as the ‘Forgotten Ten’.

Boy George, 57, was deeply troubled to learn how Thomas’ widow – the star’s great aunt – had been pregnant with Thomas’ only child at the time of his arrest, but that the child did not survive.

‘I’m proud and I’m sad. I think that is the best way to describe how I feel,’ he says.

Following a campaign by the families that lasted some 80 years the Forgotten Ten, which also included Kevin Barry – the first Irish Republican to be killed by the British since the leaders of the Easter Rising in 1916 – were exhumed and buried with full state honours in 2001.

George’s maternal great grandfather Richard Glynn, who was in the British Army, married his brother’s widow Mary-Jane. Mary-Jane had a daughter, Annie, from her first marriage, who married Thomas.