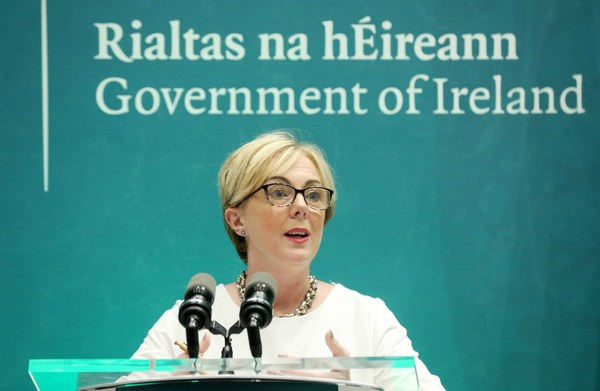 Births, deaths, no mention of taxes but at least one reference to Brexit – the 2018 Annual Report of the Civil Registration Service has offered an insight into how we live, how we get married and much more besides.

According to the report, 115,286 life events were registered last year, slightly fewer than in previous years. There has been a gradual fall in the number of birth registrations recorded in recent years to 61,901 last year and a rise in the number of deaths registered over the same period, to 32,029 in 2018.

Also relating to birth certificates, there were 3,842 corrections made to the register of live births last year, mostly due to removal of father’s details as it was proven the name registered was not that of the actual biological father, cases where the identity of parents needed to be regularised under Irish law, or where other elements needed correction.

The report also shows there were 81 domestic adoptions last year – up 28% on the figure for 2017 – and that last year saw 28 adoptions of a child by a partner under the terms of the Adoption (Amendment) Act 2017. There were also 75 new entries in the Register of Gender Recognition last year, including of two people under the age of 18.

As for marriages, the number of religious marriages fell again to 12,760 and according to the report:

It also shows that 10% of all marriages were conducted by a secular body, more than double the comparable percentage in 2014.

No objections to marriage were received last year but there were 1,732 notifications of intention to marry in 2018 under legislation aimed at preventing so-called ‘marriages of convenience’. That figure is almost half of the comparable figure in 2015 and 65% of the marriages at the centre of those notifications to registrars went ahead – a lower percentage than in previous years.

On the other side of the marital coin, 979 foreign divorces were recognised last year, while the number of registered solemnisers continues to grow, with 5,828 people in a position to oversee ceremonies as of last year, the vast majority of whom are religious solemnisers.

As for the 32,029 deaths registered last year, 29% were on foot of a coroner’s certificate – a percentage that has “risen significantly over the years”.

The report also reveals that two customer complaints were made to the Ombudsman during 2018 – one relating to a refusal of a registrar to change particulars of a birth registration, the second relating to someone seeking recognition of a foreign divorce who was unable to contact their ex-spouse.