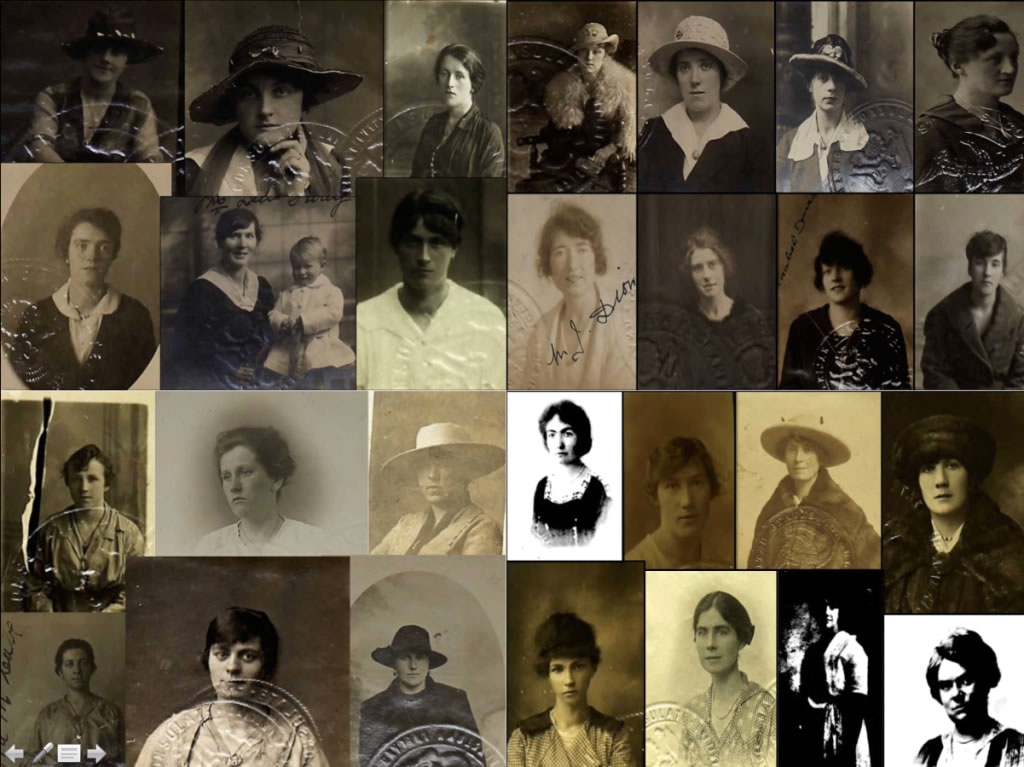 One of the lesser known aspects of Ireland’s involvement in the First World War was the military presence of thousands of US naval serviceman in the country, principally on vessels operating out of Cork Harbour but with many stationed also at the United States Naval Air Service bases in Cork, Wexford, Dublin and Lough Foyle.

The presence of so many young American serviceman understandably had a substantial impact on a mostly rural social scene in these locations and the Midleton Archaeology and Heritage Project have conducted some very extensive research on this period in Irish history and lists some details of the 100 Irish women who married US serviceman during and after the war and returned to the US to start new lives….