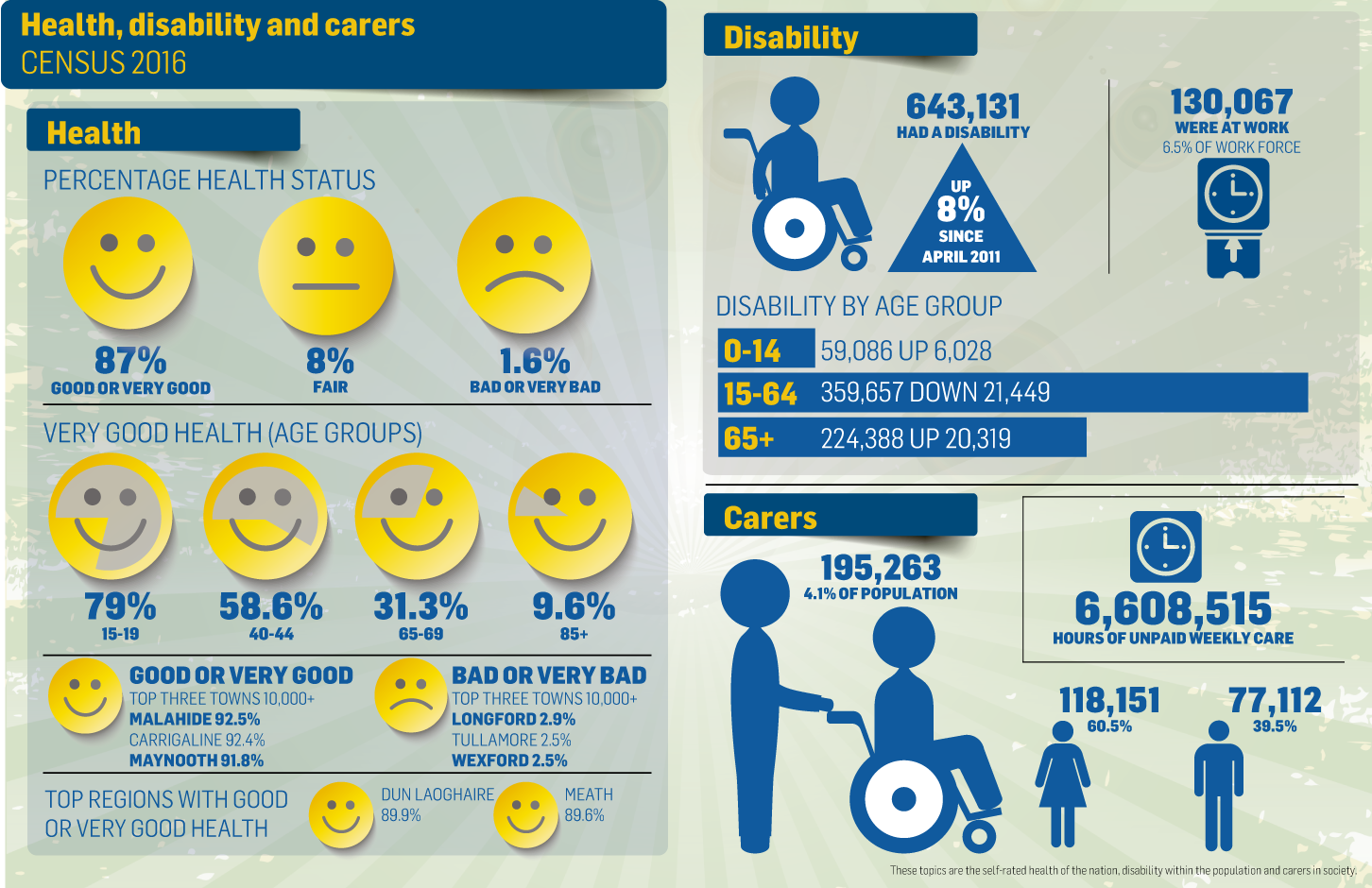 According to the latest data gleaned from Census 2016, the Central Statistics Office reports that the number of people in Ireland reporting a psychological or emotional condition has surged, up from 96,004 in 2011 to 123,515 in Census 2016.

The growth of 28.7pc in self-reported mental health problems has outpaced the level of increase of all other forms of disability.

Commenting on the higher prevalence of mental health conditions Prof Jim Lucey of St Patrick’s Hospital said: “We live in an age of anxiety.”

He said it is important the figure is not dismissed or brushed away with calls for people to pull themselves together.

“The increase would be due to stress-related conditions such as anxiety, self-harm, addiction and post traumatic stress disorder,” he added.

The economic collapse and factors such as people living longer and often alone contribute to the rise, he said.

Dr John Hillery of the College of Psychiatrists said the increase in awareness of mental health wellness in recent years would have helped de-stigmatise it and encourage more people to include it on their Census form.

It is important to respond to this valuable data by recruiting more mental health specialists and also supporting people’s psychological health, he said.

“Counselling can be patchy and depend on your ability to pay.

“It’s also about people having access to social activities that are good for the body and mind,” he said.

The Census shows that among those aged over 25 some 8,723 have an intellectual disability.

Around 9,142 people have a difficulty with learning, remembering or concentrating, and 9,356 are suffering pain, breathing or have a long-term illness.

For 10,163 people their disability means they have problems participating in other activities.
Women account for 51.6pc of people with a disability.

Rates increase sharply as people enter older age and 73.3pc of women aged 84 or older have a disability.

Cork city has the highest rate of people with a disability at 18.1pc, while the lowest are in Fingal in north Dublin and in Monaghan.

Just slightly more than a fifth of people with a disability over the age of 15 are at work. This compares with 53.4pc of the same age group in the general population.

This reflects the ongoing problems faced by people with a disability getting suitable employment, which in turn affects their standard of living.

The unemployment rate among the disabled is 26.3pc, which was more than twice that of the population as a whole in 2016.

Overall, the number of people who have a visual impairment rose by 6pc to 54,810 since the last census.