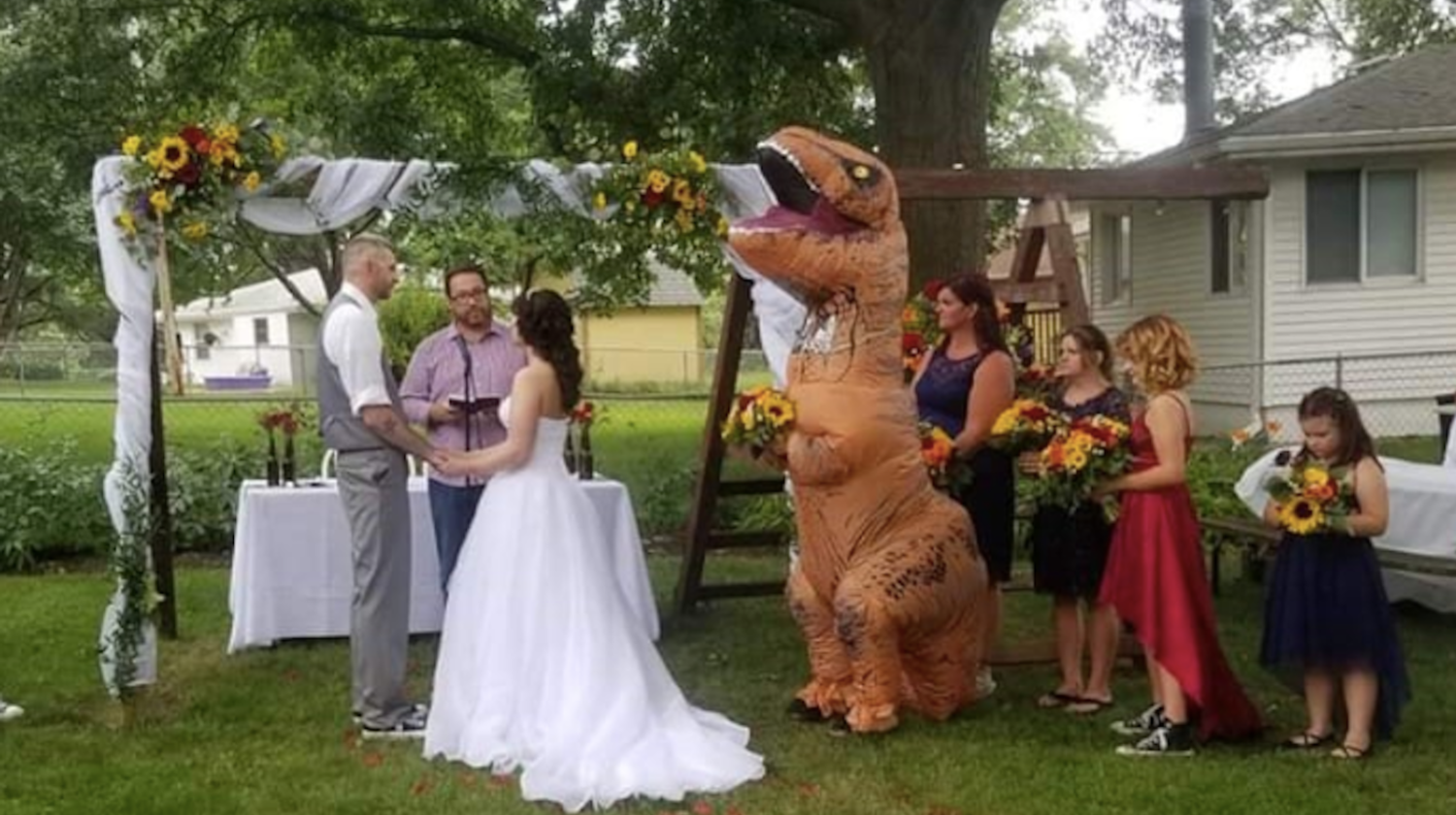 A bride didn’t exactly know what she was getting herself into when she told her bridesmaids they could wear anything to the wedding.

Her sister and maid of honor, Christina Meador, took “anything” quite literally and donned a dinosaur costume for the big day.

Meador shared a photo of herself in the full Tyrannosaurus rex ensemble, holding a flower bouquet and standing by her big sister Deanna Adams, on Facebook on Aug. 10 where it blew up with thousands of likes, shares and comments.

“When you’re maid of honor and told you can wear anything you choose…I regret nothing,” Meador captioned her photo.

She told the Daily Mail her sister asked her to be maid of honor last year and tried to make the entire process as simple as possible so she could participate.

“She, knowing that I’m not a big fan of wearing formal dresses and that I probably wouldn’t have a lot of money to buy something really nice, reassured me by letting me know that I could pick out any outfit that I choose,” Meador told the newspaper.

The 38-year-old said she wanted to pick an outfit that she would wear after the wedding as well.

“Well, she did say anything, and if I’m spending more than $50, I want it to be a dinosaur costume, because they’re fantastic, and I’ve always wanted one,” Meador said.

She sent Adams a text to let her know and was surprised to find out that she “was OK with it.”

On the day of the wedding, Meador gave her sister multiple opportunities to back out of letting her wear the T. rex costume, but the dino was a go.

Though Meador’s outfit received a lot of praise, there were some negative comments, but Adams came to her sister’s defense.

“It’s not a joke, it’s a giant middle finger at spending thousands of dollars and putting ungodly amounts of pressure on ourselves just to please a bunch of people who, in the end, only want free food and drinks,” Adams wrote in response to a critical post. “My sister is awesome and I genuinely was not kidding when I said she could wear whatever she wanted.”