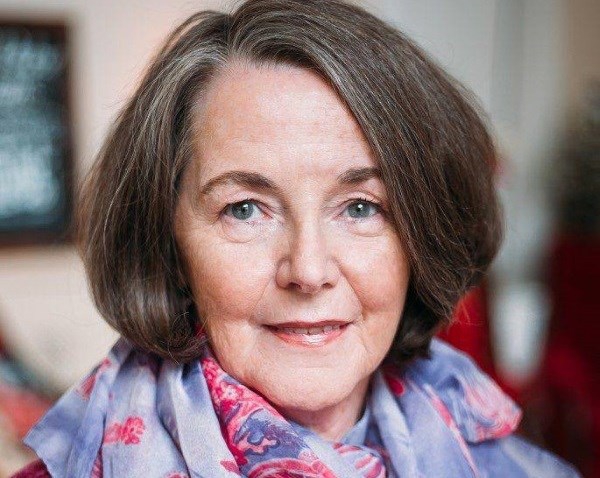 There’s no denying that Ireland is a country that’s rapidly becoming more secular.

Our recent same-sex marriage and abortion referenda have reflected the clash between traditional, Catholic values and emerging social mores that seem to favour individual freedoms over religious definitions of morality.

Humanist marriages were recognised as legal in 2012 and increasing numbers of people are turning away from church-led rituals, opting for humanist ceremonies to mark life’s big moments with weddings, naming ceremonies, and memorial funeral services.

A counselling psychologist, she’s relatively new to her humanist work, but is kept very busy travelling the country in her new role: 2017 was her first full year as a celebrant, and in those 52 weeks she presided over 75 weddings, even putting in a cameo in RTÉ’s wedding reality TV show Don’t Tell The Bride, for Kilkenny couple Jennifer and Rob’s unusual Christmas-themed August wedding.

From divorcees who can’t wed in a church to same-sex couples to committed atheists, couples are opting for humanist ceremonies for a wide variety of reasons, says Dr Graham.

“There are those who come from different religious backgrounds, where it would be difficult to decide on a religious ceremony to suit both families,” she says.

We also have wedding tourism since the marriage referendum: I have quite a few same-sex couples who can’t get married in the North of Ireland.

“The demographic varies. Lots of couples are in their early thirties, although I’ve done a ceremony for hippies in their sixties: All the music was the Beatles and it was in a garden on a beautiful summer’s day, with flowery dresses and guitars. That was lovely.”

If there’s one thing religion does well, it’s ritual, which is perhaps why so many lapsed Catholics return to church for weddings, christenings, and funerals; a 2010 Bishops’ Conference survey found 10% of Irish people who describe themselves as Catholic don’t believe in God, while 8% said they “never” attended church apart from attending ceremonies.

Humanist celebrants like Dr Graham use a number of symbolic rituals that couples can choose to mark the solemnity of the occasion in their ceremony, along with music and scripted passages of speech.

“Unity candles are nice,” she says. “A member of each family lights a candle representing the families, and when the couple have taken their vows, they move the flames to a single candle.

“Or you can use the same symbolism by blending two containers of sand, which is a good one for couples who have children from different relationships, who are literally blending their families.”

Tree planting or the ancient Celtic practice of handfasting are also popular options.

Some couples come under pressure to include a religious blessing in their ceremony: “My attitude to that is that they can do what they want after I finish up my part, or I can also put a bit in saying the couple want to acknowledge their respect and gratitude for the different traditions that raised them; it’s about allowing a respectful space for people to do what they want to do.”

Dr Graham also conducts naming ceremonies and memorial services, and although these have yet to become as popular as weddings, she says offering consolation to bereaved families is a rewarding element of her work.

“Maybe I shouldn’t really say I enjoy memorial services, but I do,” she says.

“Because the service is so personal and constructed by family members, it seems to be very consoling for the people who are left.”

Humanism is a philosophy rather than a religion, and most humanists are also atheist.

Religious funerals usually hinge on offering consolation to family members through the belief they will be reunited with loved ones in the afterlife; is it challenging to offer solace when death is seen as final?

“There’s the consolation of a life lived and a contribution made, and that’s the basic ethos of humanism for me, leaving the world a little bit better than we found it,” says Dr Graham.

“In a memorial service, this is what you talk about: through the pain, that will be remembered.”

For many people, their first encounter with the broader philosophy of humanism will be at a ceremony; Dr Graham herself became interested and signed up as a member of the Humanist Association of Ireland (HAI) following Michael D Higgins’ presidential inauguration, where humanism was represented as well as several religions.

The HAI is 25 years old this year, and its motto is “compassion, equality, and reason”.

You don’t have to be a member of the HAI to opt for humanist ceremonies.

Philosopher and educator Professor AC Grayling is vice-president of the UK Humanists, an association founded nearly 100 years before its Irish counterpart.

He is involved in UN human rights initiatives, and has written and spoken extensively on humanist philosophy, freedom of speech, and secularism, and against faith schools and sharia law.

He’ll give a guest talk on the ‘Roots and Fruits’ of humanism in Dublin this summer to celebrate 25 years of Irish humanism.

“The key point about humanism is that it isn’t a set of do’s and don’ts and thou-shalt-nots, it is an invitation to treat other people with as much sympathy and generosity as we can muster, on the basis of our best understanding of human nature, which is a diverse and complex thing.”

From the Spanish Inquisition to our own history of sectarian violence, religious divides have been the banner under which endless human atrocities have been committed.

Prof Grayling says this is an inevitable result of the abdication of responsibility that comes with a religious mindset, and the antithesis of the humanist approach, which emphasises rational, personal choice rooted in respect for the self and others.

When people don’t think for themselves and instead take a pizza out of the frozen-food-cabinet of ideas, the results for the world are disastrous. What we get are divisions, great cruelty, and harm.
In the 25 years since the HAI was founded, Ireland has undergone enormous change.

The association has been involved with numerous campaigns to further secularise Irish society.

Prof Grayling’s memories of his first visits to Ireland 40 years ago are of a country where the Catholic Church was “incredibly powerful. There were very large families and it was incredibly poor, and the grip of the church was incredibly tight.

“But in recent decades the change in atmosphere and the opening up of freedom that individuals have and the scepticism about the church has been remarkable to notice.”

As the population of the planet grows and our ability to share resources effectively and peacefully is further tested, Prof Grayling says: “We need humanism more than ever.”

“I am responsible for myself; good relationships are at the heart of the good life; we are part of the human family and we share many things in common but there is also much diversity and therefore I must be both understanding and tolerant.

“These are simple things, but very deep and they are at the heart of the humanistic outlook. If people adhered to them, the world would be a vastly better place.”